Yesterday Mia found a ladybug flying around the lamp in living room. We caught it and later released it to the outside. It has more black spots on red wing, unlike a seven-spot one we usually see. So, I read a bit about the classification of ladybugs.

OK. Here is it. Its Latin name is Harmonia axyridis, one kind of Coccinellidae commonly seen in North America. Wikipedia says, "It is commonly known as the harlequin ladybird (because it occurs in numerous colour forms). It is also known in North America as the multicolored Asian lady beetle, and (because it invades homes in October in preparation for overwintering) as Halloween lady beetle." Here is the photo of their patterns: 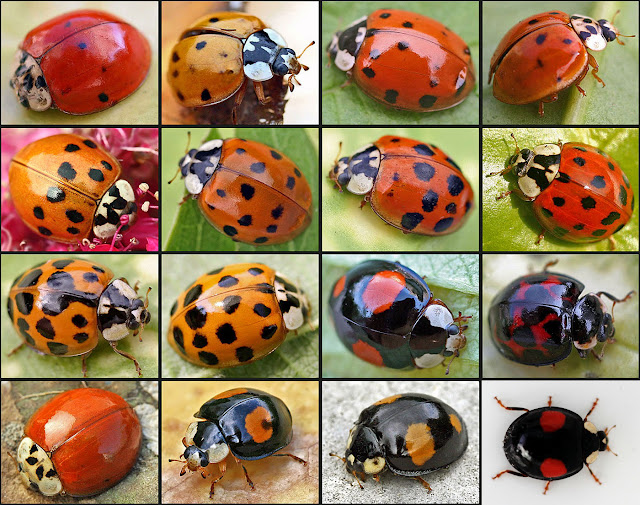 The one Mia saw should be the succinea form.
Posted by Xianjun Dong at 11:36 AM