There are two classes of transposons:

Class I (Copy and Paste): Retrotransposon, which follows DNA-->RNA-->DNA. The DNA itself is transcribed into RNA (like a normal gene), then the RNA is reverse transcribed (by a reverse transcriptase) back to DNA, which is inserted into a new position in the genome. This is like the retrovirus, e.g. HIV, which retro-transcribes its RNA into DNA and merged with host cell's genome, then transcribe into new RNA and effects other cells.
Two subtypes of retrotransposons:

Here is a figure to show the transposable element content of the human genome (Nat. Rev. Genetics 2009, Richard Cordaux and Mark A. Batzer), where SVA is "an element that is made up of a short interspersed element (SINE) region, a variable number of tandem repeats (VNTR) region and an Alu-like region." 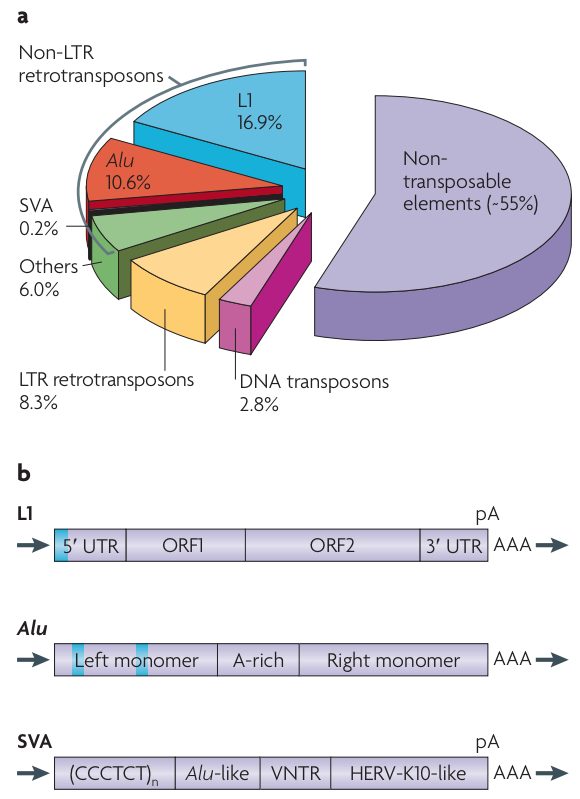 Here are some figures illustrating the different types of repeats: http://studentreader.com/interspersed-repeats/